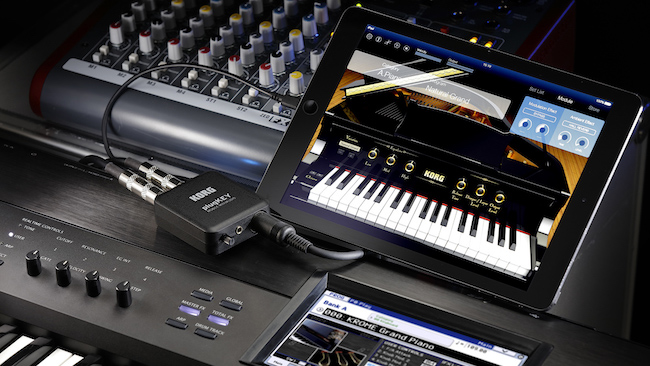 Korg has released info on its new plugKEY sound card, a small gadget that lets iPad and iPhone users plug a console or MIDI controller into the device. It also has an additional speaker and earphone jacks for sound sessioning.

The Japanese organization’s gadget has studio quality ¼" jacks that can be utilized to connect to a blending work area, and a microUSB port, which permits users to charge their gadget as they work. It connects to iPad and iPhone using a lightning connector.

The Korg plugKEY improves on what other iOS devices have done before by mixing two devices into one small gadget, elevating the game on compact music production on iPad and iPhone.

The pictures below show the Korg plugKEY in various studio set ups. You can get more specifics on the Korg site.

DJ Level | MADE FROM SCRATCH